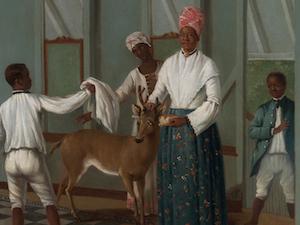 Papers of the Christian Faith Society

The Society originated in a bequest by Robert Boyle in 1691 for advancing religion amongst infidels. In 1794, the charity was reconstituted as “The Society for the Conversion and Religious Instruction and Education of the Negro Slaves in the British West-India Islands,” and in 1836, after the abolition of slavery, as “The Society for Advancing the Christian Faith in the British West-India Islands, and elsewhere, in the Dioceses of Jamaica, and of the Barbadoes and the Leeward Islands, and in the Mauritius.” The papers document the Society’s activities from the 17th through the 20th centuries. 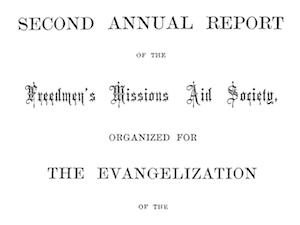 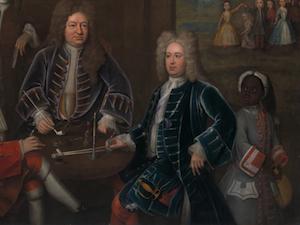 A portrait of Elihu Yale (1649-1721) and associates being waited upon by an enslaved young man. Painted circa 1708. The Yale University Art Gallery owns a different version of this painting and a related portrait depicting Yale interacting with a similar “black servant.” 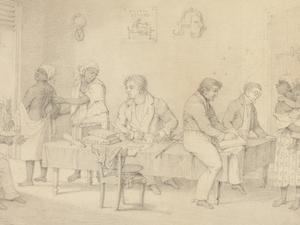 Created by Richard Bridgens, circa 1833. Apparently meant to represent Trinidad on the eve of emancipation. Graphite on wove paper, with additional text at the bottom. 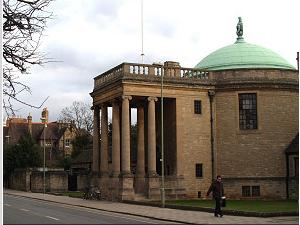 The records consist of correspondence, account books, minutes, attendance registers, and papers from the British and Foreign Anti-Slavery Society, the Aborigines’ Protection Society, and the Mico Charity. There are 59 microfilm reels and a list available in Microform Reference. A smaller collection, Rhodes House Selected Anti-Slavery Papers, 1836-1868, is also available.