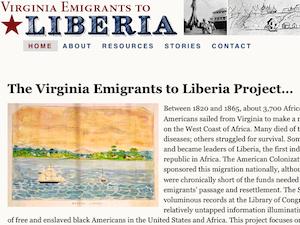 The website now includes a searchable database of nearly 3700 Virginia emigrants to Liberia and nearly 250 Virginia emancipators, a timeline of relevant events and documents between 1787 and 1866, a compilation of important related sources, links to related research websites and news of Liberia today. 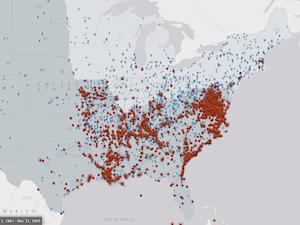 Visualizing Emancipation is an ongoing mapping project, funded by the National Endowment for the Humanities, that sheds light on when and where men and women became free in the Civil War South. It tells the complex story of emancipation by mapping documentary evidence of black men and women’s activities–using official military correspondence, newspapers, and wartime letters and diaries–alongside the movements of Union regiments and the shifting legal boundaries of slavery.